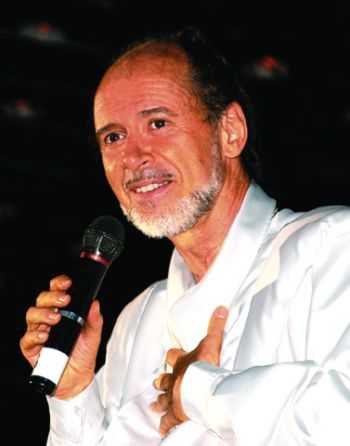 LAS VEGAS, Oct. 7 – Rael, spiritual leader of the International Raelian Movement (IRM), and spiritual leader and founder of ARAMIS-INTERNATIONAL, today expressed his support for a Council of Europe resolution that refers to male circumcision as “a violation of the physical integrity of children” and also called upon nations to reach “a consensus on the rights of children to protect them against violations of their physical integrity according to human rights standards.”

“Circumcision is a genital mutilation and that doesn’t call for any debate,” Rael said in a statement released today by the IRM. “And what’s even worse is that it's performed on babies, who can’t refuse it. Furthermore, it has been proven that circumcision damages the future sexual lives of the babies.”

Dr. Brigitte Boisselier, IRM spokesperson, pointed out that the practice causes additional subsequent harm as the circumcised infants grow up.

“Modern scientific research indicates that early childhood trauma, especially during the first two years of life when the brain is still rapidly developing, produces permanent adverse physical changes in brain development,” Boisselier explained. “The trauma may permanently alter the structure and function of developing neural pathways, and we should remember that genital trauma is no different from trauma to other parts of the body in terms of its potential to cause such brain damage.”

In his statement, Rael also commented on the oral suction practiced by ultra-Orthodox rabbis.

“What is even worse [than circumcision] is the way the rabbis suck the babies’ penises with their mouths,” Rael declared. “This practice is contaminating many babies with herpes and other sexual diseases. This is primitive behavior, and it should be banned worldwide. If any new religious minority, disrespectfully termed a “cult” or “sect,” were performing such a mutilation, all its members would soon be in jail. Why the double standard?”